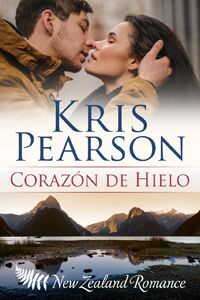 A wintertime romance in New Zealand

Kate Pleasance needs to flee her home city of Auckland and create a new life away from family stress and infidelity. Might the advertisement seeking a ‘Superwoman’ be her answer? Short-listed, she’s flown to the vibrant winter tourist resort of Queenstown at her prospective employer’s expense. Snow is dusting the mountain tops as the jet glides in, and she’s shocked to be collected by tall, dark internet billionaire, Matthew McLeod. Where is the woman she spoke with on the phone?

Kate is driven first to hospital to meet his injured sister, and then to their magnificent home to stay the night. Lottie is a world-famous painter, and Kate craves the job as her assistant, but she’s totally unsettled by charismatic Matthew who teases her unmercifully. Knowing she’s dangerously attracted, she vows to refuse the job, should it be offered, and run like hell.

After a disastrous first marriage, Matthew has lived in a freezing void. His duplicitous ex-wife chose him for his money, and when she tried to blackmail him he swiftly divorced her and swore off future entanglements. He’s buried himself in his work to keep the demons at bay, but now there’s a potent new threat tearing at his resolve.

Although she’s plainly diving for cover, job-seeker Kate is dragging his ruthlessly supressed emotions back to the surface. Temptation he’s easily shrugged off in the past now eats him alive. Can he persuade her to stay long enough to fan the smouldering sparks between them until they burst into white-hot flames?

Link to the translated book in Amazon: https://cutt.ly/4tARmM0

This website uses cookies to improve your experience while you navigate through the website. Out of these cookies, the cookies that are categorized as necessary are stored on your browser as they are essential for the working of basic functionalities of the website. We also use third-party cookies that help us analyze and understand how you use this website. These cookies will be stored in your browser only with your consent. You also have the option to opt-out of these cookies. But opting out of some of these cookies may have an effect on your browsing experience.
Necessary Always Enabled
Necessary cookies are absolutely essential for the website to function properly. This category only includes cookies that ensures basic functionalities and security features of the website. These cookies do not store any personal information.
Non-necessary
Any cookies that may not be particularly necessary for the website to function and is used specifically to collect user personal data via analytics, ads, other embedded contents are termed as non-necessary cookies. It is mandatory to procure user consent prior to running these cookies on your website.
SAVE & ACCEPT